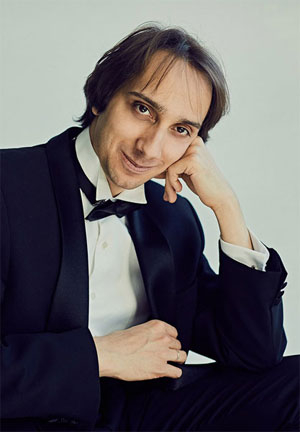 Miroslav Kultyshev was born in Leningrad in 1985. In 2004 he graduated from the Secondary Special Music School of the Rimsky-Korsakov St Petersburg State Conservatory (class of Zora Zucker), and in 2009 he graduated from the St Petersburg Conservatory itself, where in 2012 he also completed a postgraduate course (class of Alexander Sandler). Miroslav started giving concerts at the age of six. At the age of ten he made his debut in the Grand Hall of the St Petersburg Philharmonia, performing Mozart’s Concerto No. 20 in D minor for piano and orchestra with Yuri Temirkanov.

Miroslav Kultyshev performs at the greatest halls of St Petersburg and Moscow as well as such internationally acclaimed venues as the Musikverein (Vienna), the Mozarteum (Salzburg), the Lincoln Center (New York), Suntory Hall (Tokyo), the Concertgebouw (Amsterdam), Wigmore Hall (London), the Brucknerhaus (Linz) and the Salle Gaveau (Paris).

Participant in programmes of the St Petersburg Music House since 2006.

In 2005 Miroslav Kultyshev was awarded the Order of the Griffon (Germany) for his contribution to the art of music.

Since 2012 he has been teaching at the Department of Special Piano of the St Petersburg Conservatory.
Information for January 2022