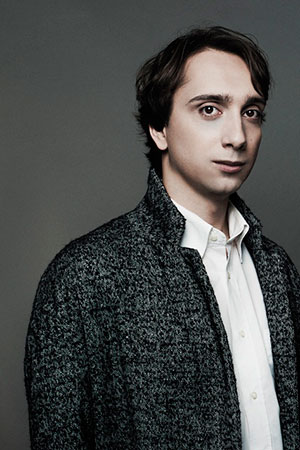 In 1998 he won a prize at the Moscow Heinrich Neuhaus International Young Pianists’ Festival, in 2007 he won the 13th International Tchaikovsky Competition, and in 2012 he also won the Monte Carlo Piano Masters international competition (Monaco).

Miroslav Kultyshev performs at the greatest halls of St Petersburg and Moscow as well as such internationally acclaimed venues as the Musikverein (Vienna), the Mozarteum (Salzburg), the Lincoln Center (New York), Suntory Hall (Tokyo), the Concertgebouw (Amsterdam), Wigmore Hall (London) and the Salle Gaveau (Paris).

Engagements for the season 2018–2019 include concerts at the Saydashev State Grand Concert Hall in Kazan, the St Petersburg State Capella, the Concert Hall of the Mariinsky Theater, the Brucknerhaus in Linz among others.
Information for October 2018