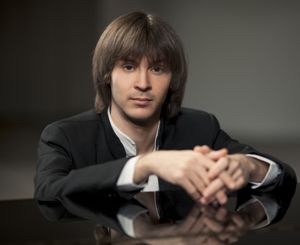 Philipp Kopachevsky was born in Moscow in 1990. Graduated from the Tchaikovsky Moscow State Conservatory (class of Sergei Dorensky).

Regular participant of the Stars of the 21st Century project at the Moscow Philharmonic Society. Tours to Great Britain, Germany, the USA, the Netherlands, France, Italy, Greece, Poland, Spain, Japan and cities throughout Russia. He has gained particular popularity in Japan, where specially for a commission for NHK he recorded a disc of piano works by Chopin.

Has appeared at the Miami Piano Festival, the Mstislav Rostropovich Memorial Festival in Baku, the Baltic Seasons, Vladimir Spivakov Invites, Stars on Baikal, Crescendo, Denis Matsuev Invites and Stars of the White Nights festivals. Was involved in the world premiere of Benjamin Millepied's ballet Without at the Mariinsky Theatre.
Information for September 2020