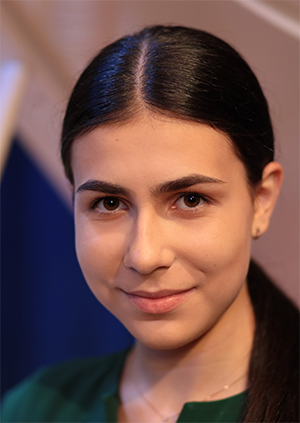 Alexandra Dovgan was born in 2007 in Moscow. She studies at the Central Music School of the Moscow Conservatory (class of Mira Marchenko).

The pianist has given recitals and appeared with orchestras at major festivals including Stars of the White Nights, the Mariinsky Piano Festival, Northern Lyre, Musical Olympus (St Petersburg), Stars on Baikal (Irkutsk) and Moscow Greets Its Friends, the Colmar International Festival (France), as well as festivals in Bolzano, Brescia–Bergamo (Italy), Rheingau (Germany), and Gstaad (Switzerland).
Information for September 2021