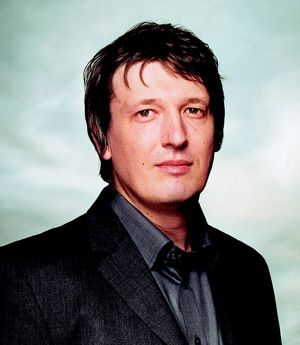 Here, surely, we have the truest successor to the great Russian pianists.

Born in Moscow in 1969, Boris Berezovsky studied at the Tchaikovsky Moscow State Conservatory with Eliso Virsaladze and privately with Alexander Satz. He made a stunning debut in London in 1988 at Wigmore Hall, in Paris in 1989 at the Auditorium du Louvre, and in 1990 he won 1st prize and the Gold Medal at the International Tchaikovsky Competition in Moscow where he played with Itzhak Perlman, Yo-Yo Ma, Jessye Norman and the Leningrad Philharmonic Orchestra under the baton of Yuri Temirkanov. In 1991 Boris Berezovsky made his American debut in Fort Worth, Texas.

Since then he has been performing regularly in recital series and venues world-wide: London, Paris, Rome, Zurich, Munich, Salzburg, Amsterdam, Montréal, Vienna, Bern, Budapest, Prague, Tokyo; the Berliner Philharmonie, the Théâtre des Champs-Elysées and the Philharmonie de Paris, the Royal Festival Hall in London, the Palais des Beaux-Arts in Brussels, the Wiener Konzerthaus, the Megaron Athens Concert Hall. In 2006 he was awarded “Best Instrumentalist of the Year” by the BBC Music Magazine.

He is also invited to numerous festivals such as the ones of Gstaad, La Roque d’Anthéron, Verbier, Brescia and Bergamo, Salzburg. He worked as concerto soloist with the Orchestre National de France, the Royal Concertgebouw Orchestra, the hr-Sinfonieorchester (Frankfurt), the Staatskapelle Dresden, the Mariinsky Orchestra, the NHK Symphony Orchestra (Tokyo) as well as the symphonic orchestras of Dallas and Birmingham and the philharmonic orchestras of Berlin, Los Angeles, New York, Munich, Radio France; with the conductors Antonio Pappano, Yuri Temirkanov, Alexander Vedernikov, Leif Segerstam, Dmitrij Kitaenko, Wolfgang Sawallisch, Leonard Slatkin, Dmitry Liss and Kurt Masur among others.

In chamber music Boris Berezovsky played with Vadim Repin, Julian Rachlin, Alexandre Gindin, Henri Demarquette, Alexander Melnikov, as well as the Borodin and Takacs quartets. For many years he was the faithful partner of Brigitte Engerer. His trio, with Alexander Kniazev and Dmitri Makhtin, performed at the highest level.

In 2014 he was appointed Artistic Director of the All-Russian Festival-Competition Music of the Earth in Moscow and St Petersburg.

He is a Steinway Artist.
Information for June 2021