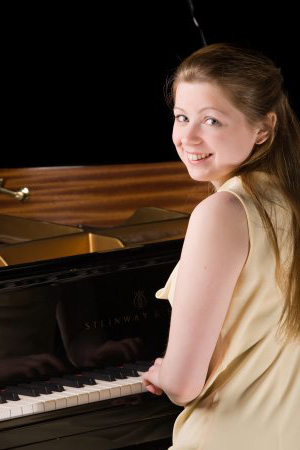 Tatiana Anikina graduated from the Middle Special School of Music of the St Petersburg Conservatoire (class of Natalya Broverman) in 2003 and from the Conservatoire itself in 2008 (class of Valery Vishnevsky). She has taken part in master-classes of the Moscow Conservatoire professors (Mikhail Voskresensky, Elena Richter, Igor Nikonovich, and Pavel Lobanov) and the St Petersburg Consevatoire professors (Vladimir Shakin, Andrei Ivanovich), as well as of Willem Brons (The Netherlands) and Evgeni Koroliov (Germany).

Anikina has appeared at major venues of St Petersburg, including the Grand and the Small Halls of the St Petersburg Philharmonic, the Concert Hall and chamber venues of the Mariinsky Theatre, the St Petersburg State Academic Capella Hall, and the Small Hall of the Conservatoire. She has also performed solo and ensemble programmes and in concerto in the United Kingdom, Finland, Spain, and Germany. The pianist has given more than 70 recitals in Hamburg. Anikina has collaborated with composers Sergei Slonimsky and Georgy Portnov.

Anikina worked at the St Petersburg State Academic Capella as concert mistress of soloists and choir and orchestra performer from 2009 to 2017. She has been a performer with the Mariinsky Orchestra since 2019.