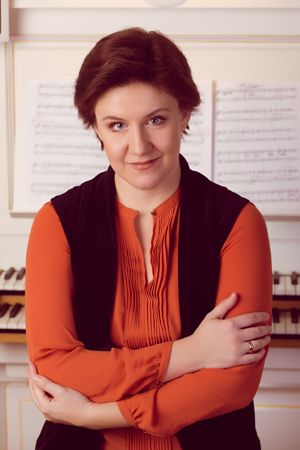 Member of the Board of the Interregional Union of Concert Workers and lead soloist with the St Petersburg Concert. Collaborated with such conductors as Sergei Skripka, Sergei Stadler, Eduard Serov, Arkady Steinlucht, Alexander Anisimov, Ertuğ Korkmaz, Fabio Mastrangelo, Ilya Ioff, Nazar Kozhukhar and Nikolai Kornev. Has performed at the Concertgebouw in Amsterdam, de Singel in Antwerp, the Concert Hall of the Royal Library in Brussels, Riga Cathedral, the Tchaikovsky Concert Hall in Moscow, the St Petersburg State Capella, the St Petersburg Philharmonia, Smolny Cathedral. Her extensive repertoire includes works from various styles and artistic movements from the 15th to the 21st centuries.

Has created numerous theatrical productions including Secrets of an Old Mansion, A Musical Journey into the World of Fairy-Tales and Christmas Traditions of the Kochneva House among others.