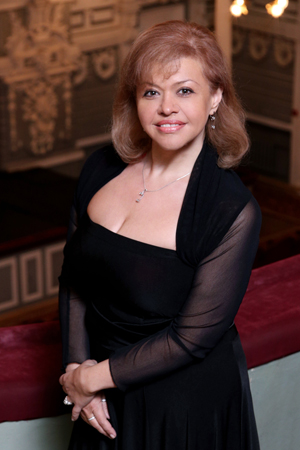 Svetlana Berezhnaya graduated from the Russian Gnessin Academy of Music in piano and from the Kazan State Zhiganov Conservatoire, also completing a post-graduate study in organ and harpsichord. Trained as an organist at the Brabant Konservatorium (The Netherlands). In 1992, she was a diploma-recipient at the Northern Palmyra international festival, in 1996 she took 1st prize at the All-Russian Organ Competition, and in 2000 she was awarded the title of Honoured Artist of Russia.

Has appeared at renowned concert halls and cathedrals throughout the world, among them the Great and Small Halls of the Moscow State Conservatoire, the Tchaikovsky Concert Hall, the Concert Hall of the Mariinsky Theatre, the Great Hall of the St Petersburg State Philharmonic, the Smetana Hall in Prague, the St Petersburg State Cappella and cathedrals in Moscow, Paris, Vienna, Brussels, Freiburg, New York, The Hague and Graz among other cities.

The year 2008 saw the release of Berezhnaya's disc Serene (Quartzmusic), in 2013 came a disc recorded at Notre Dame de Paris during a concert marking the cathedral’s eight hundred and fiftieth anniversary, while in 2015 came a disc together with the Menestrelli early music ensemble Marking 350 Years of Johann Sebastian Bach.

Berezhnaya regularly tours to towns and cities in Russia, Ukraine, The Netherlands, Germany, Belgium, France, Switzerland, the USA and Canada among other countries.
Information for November 2018