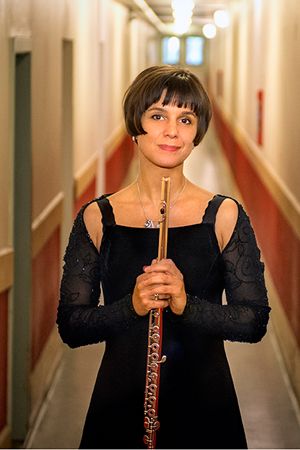 She began her music studies at the age of five, and three years after she performed with the Mariinsky Chamber Orchestra and appeared in duet with her father Vladimir Fedotov, himself notable flutist. In 1996 she graduated from the St. Petersburg Conservatoire where she studied under Prof. Alexandra Vavilina, former Flute Solo with the legendary Mravinsky Orchestra.

In 1991 Maria was appointed solo flute with the Tchaikovsky Symphony Orchestra of Moscow under Vladimir Fedoseyev. She successfully combined her orchestral work with the rich solo career.

Maria Fedotova supports young talented musicians and gives master classes in Russia (within the River of Talents and Sirius projects) and abroad: in Armenia, Lithuania, Portugal, Japan. She currently teaches flute at the St. Petersburg Conservatoire.

Since 2012 she has been Solo Flute of the Mariinsky Orchestra.