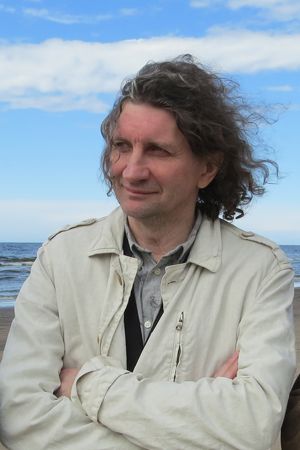 Vladimir Volkov was born in Leningrad in 1960. In 1985 he graduated from the Rimsky-Korsakov Leningrad State Conservatory. A participant in a broad range of projects ranging from ethnic jazz to progressive rock and since 1995 the director of the Volkovtrio.

He became known in the early 1980s as a member of the Gaivoronsky – Volkov Duet, which subsequently expanded to become the Gaivoronsky – Volkov – Kondakov Trio. He has also performed with Sergey Kuryokhin, Vladimir Tarasov, Arkady Shilkloper, Igor Butman, Petras Vyšniauskas, Tomasz Stańko, Ned Rothenberg, Kazutoki Umezu, Mola Sylla and Sainkho Namtchylak among others.

Frequently collaborates with Leonid Fyodorov, leader of the group Auktyon, as well as with Sergei Starostin, the Russian early music ensemble Musica Antiqua Russica and The Pocket Symphony. Performs baroque music on the viola da gamba. In 2014 has established the annual VOLKOV ManiFEST festival. Vladimir Volkov is currently a part of the trio Cool Train Project.
Information for May 2021