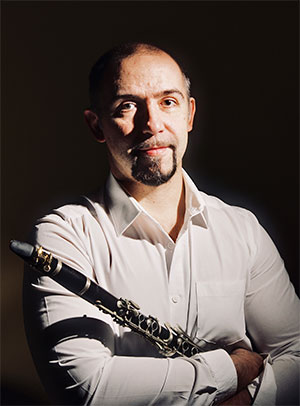 Born in 1979, Vitaly Papyrin graduated from the Special Music School of the St Petersburg Conservatory in 1997, from the Conservatory in 2002, and completed his postgraduate studies in 2006 under Nikolai Kiryukhin. He is a prize-winner of several international music competitions.

Since 1999 he has been member of the Mariinsky Orchestra, where he is actually Assistant Principal Clarinet, playing also E-flat clarinet, basset horn and bass clarinet. Within the orchestra he participated in the concert tours and almost in every recording made on Mariinsky label. In 2006 along with the other members of the clarinet group he founded the Mariinsky Clarinet Club ensemble, where he played till 2012. This ensemble recorded two discs.