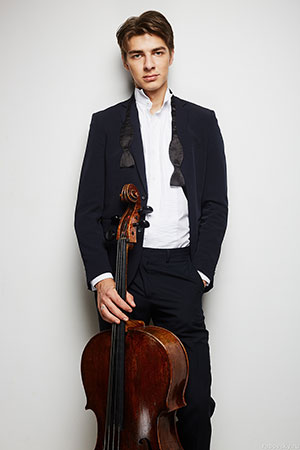 Ivan Sendetsky was born in 1996 in St Petersburg. He began playing the piano at the age of three. In 2003 he entered the Secondary Special Music School of the Rimsky-Korsakov St Petersburg State Conservatory, where he studied the piano and cello (graduated in 2014). In 2009 he had an internship at Altensteiger Sommermusik (Germany).

He entered the St Petersburg Conservatory (classes of Anatoly Nikitin and Sergei Roldugin) in 2014. He studied at the Hochschule für Musik Hanns Eisler Berlin (class of Troels Svane) in 2017. Currently is a student of New England Conservatory (NEC) in Boston (class of Laurence Lesser).

Has performed multiple times as a soloist with Valery Gergiev, David Geringas and Pablo Heras-Casado. Has also appeared in concerts in Russia, Germany, Switzerland, Austria, France, Italy and the USA.
Information for July 2021