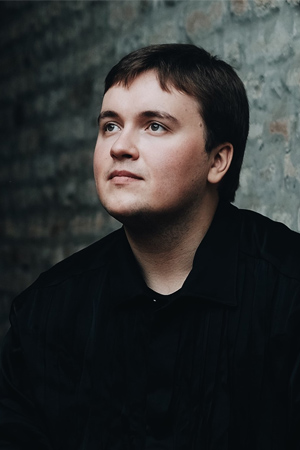 Ivan Karizna was born into a family of musicians in Belarus in 1992. He started playing the cello at the age of five. He had his first lessons with Vladimir Perlin when he was seven. Between 2009 and 2014, he studied with Jerôme Pernoo at the Conservatoire National Supérieur de Musique et de Danse in Paris. The musician won the third prize at the International Tchaikovsky Competition in 2011. Prize-winner at the Società Umanitaria International Competition in Milan, the Guilhermina Suggia Competition in Portu (Portugal), and the Luis Sigall Competition in Viña del Mar (Chile). Since 2016 Karizna has been studying at Kronberg Academy with Frans Helmerson. In 2017, he won the Brussels-Capital Region award and the Musiq'3 award at the Queen Elisabeth Music Competition in Brussels.

In 2012, Karizna took part in Chamber Music Connects the World project, where he played with Gidon Kremer, Yuri Bashmet, and Christian Tetzlaff. He has also taken part in the Yuri Bashmet International Festival, the International Music Festival in Colmar, the Monte-Carlo Spring Arts Festival, and the Mstislav Rostropovich Festival in Berlin. Karizna has appeared with the Mariinsky Orchestra, the St Petersburg Philharmonic Orchestra, the Orchestre philharmonique de Strasbourg, and the Orchestre de Paris.

The cellist has performed at the Concertgebouw in Amsterdam, the Konzerthaus Berlin, the Salle Pleyel and the Salle Cortot in Paris, the Philharmonie de Paris, and the BOZAR in Brussels. Karizna has collaborated with such conductors as Valery Gergiev, Ion Marin, Michail Jurowski, and Vladimir Spivakov.
Information for February 2019