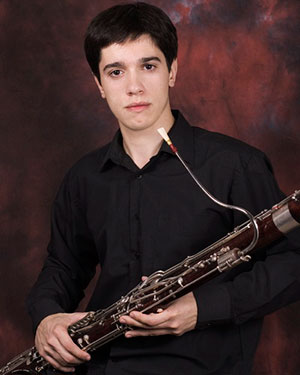 Prize-winner at other international competitions and grant-recipient of the Mstislav Rostropovich Foundation. Has given recitals and appeared with chamber ensembles in concert projects of the St Petersburg House of Music, the Small Hall of the Philharmonic and in Pskov and Belgorod.

In 2007 he joined the Symphony Orchestra of the Mariinsky Theatre. In addition to performing with the orchestra he appears in recitals at the Concert Hall, accompanied by the theatre's symphony orchestra (Silver Reed-Pipes subscription) and the Stradivarius Ensemble.