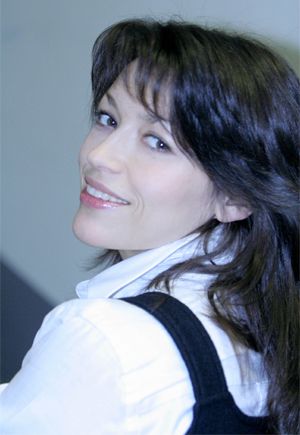 For Irina Mataeva the role of Jenůfa is, without doubt, groundbreaking. As an actress and as a singer, in this role the singer Mataeva was unbelievably organic – to a great degree it is to her that the performance owed its success.
Kultura

In terms of the degree of passion, the beauty and the magnificent vocal powers Irina Mataeva, who performed the role of Tatiana, is truly unsurpassed. Moreover, Irina Mataeva, who has exceptional skills as a dramatic actress as well as brilliant vocals, can charm any audience without having to run to cheap superficial effects.
300online.ru

• Prize-winner at the VI International Rimsky-Korsakov Young Opera Singers (St Petersburg, 2000)
• Prize-winner at the All-Union Yuri Gulyaev Opera Singers’ Competition (Tyumen, 1997)
• Recipient of the Golden Sofit, St Petersburg’s most prestigious theatre prize, for the role of Jenůfa in the opera Jenůfa (nominated for the category “Best female role in musical theatre, 2007)
• Recipient of the audience approval prize from the  Teatral society for the role of Tatiana in the opera Eugene Onegin (St Petersburg, 2003)