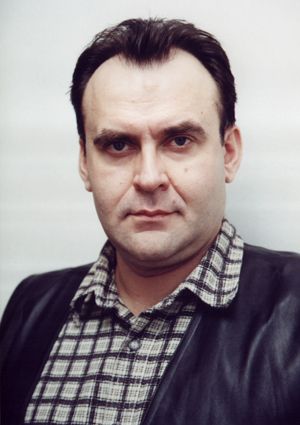 Andrei Spekhov graduated from the Urals State Musorgsky Conservatoire (class of Professor Nikolai Golyshev). While still a third-year student, he was invited to join the Yekaterinburg Opera and Ballet Theatre where he performed the lead roles in the baritone repertoire, among them Escamillo (Carmen), Valentin (Faust), Don Carlos, Ferdinand (Betrothal in a Monastery), Alfio (Cavalleria rusticana) and Tonio (I pagliacci).
From 1993 he was a soloist with the New Opera, with which he appeared as Talbot (Maria Stuarda), Don Carlo (La forza del destino), Ruslan (Ruslan and Lyudmila), Francesco Foscari in (I due Foscari), the Demon (The Demon), Gellner (La Wally) and Onegin (Eugene Onegin).
Mariinsky Theatre soloist since 2000.

Has toured with the Mariinsky Opera Company to Germany. He has also toured to France, the USA and Yugoslavia. Has collaborated with the Bolshoi Theatre since 1996. He has appeared in concert programmes with the Osipov Russian Folk Orchestra and the Russian Radio and Television Symphony Orchestra under Alexander Mikhailov as well as the National Symphony Orchestra under Mikhail Pletnev.
He was the first performer of the role of An English Under-Skipper in the world premiere of Rodion Shchedrin's opera The Lefthander, staged at the Mariinsky Theatre in 2013.