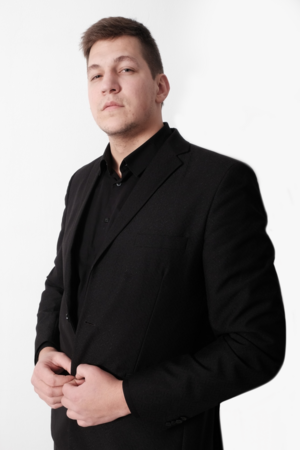 Miroslav Molchanov was born in Lugansk in 1992. In 2020 he graduated from the Rimsky-Korsakov St Petersburg State Conservatory (class of Vladimir Vaneyev).

In 2021 the singer became a fellow of the Atkins Young Artists Program at the Mariinsky Theatre. In 2020 he made his debut at the theatre, performing the part of Shrovetide in The Snow Maiden.