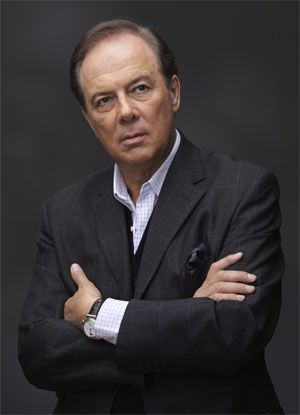 …Enriches the cantilena with an endless stream of deep, dark, rolling tone, always fresh and equally resonant at both range extremes.
Financial Times

Ferruccio Furlanetto was born in 1949 in Sacile (Friuli Venezia Giulia region). His international career began with the role of Philip II in Verdi’s Don Carlo at the Salzburg Easter Festival under the baton of Herbert von Karajan in 1986. In the same year he debuted at the Salzburg Summer Festival with the role of Figaro in Mozart’s opera. His debuts on the leading opera stages happened earlier: the Teatro alla Scala (1979), the Metropolitan Opera (1980), the Vienna State Opera (1985).

He has collaborated with some leading orchestras and conductors such as Herbert von Karajan, Carlo Maria Giulini, Sir Georg Solti, Leonard Bernstein, Lorin Maazel, Claudio Abbado, Bernard Haitink, Daniel Barenboim, Georges Prêtre, James Levine, Semyon Bychkov, Daniele Gatti, Riccardo Muti, Valery Gergiev, Mariss Jansons and Vladimir Jurowski. He performs in concerts and recitals at the leading world’s concert halls, in the repertory ranging from Verdi’s Requiem to Russian songs and Schubert’s Winterreise. He has made numerous recordings of opera on CD and DVD, and his performances were broadcasted internationally on the radio and television. He makes himself at home at many opera houses such as the Teatro alla Scala, the Royal Opera House (Covent Garden), the Vienna State Opera, the Opéra national de Paris and New York’s Metropolitan Opera as well those in Rome, Turin, Florence, Bologna, Palermo, Buenos Aires, Los Angeles, San Diego and Moscow. For the Mariinsky Theatre, he became the first Italian bass to appear in the title role of Musorgsky’s Boris Godunov, he also performed the role on the stage of the Bolshoi Theatre of Russia with great critical and public acclaim, becoming the only Western artist who sang Boris Godunov on both historical main stages of Russia.

At the Mariinsky Theatre Ferruccio Furlanetto has performed his greatest roles in operas by Verdi – Philip II in Don Carlo and Jacopo Fiesco in Simon Boccanegra and has appeared in chamber music programmes and sung Verdi’s Requiem. One particular success came with his appearances in a concert version of Massenet’s opera Don Quichotte in St Petersburg and Moscow. Acclaimed as the greatest Don Quichotte of our time, the Italian singer has recorded the opera with young soloists and the theatre’s orchestra under Valery Gergiev on the Mariinsky label (this recording was praised by the critics and received a GRAMMY nomination). In the 2012–13 season Furlanetto appeared in the lead role in the premiere of a new production of Don Quichotte at the Mariinsky Theatre which was later performed in Moscow, while in 2015 with a recital the singer opened the Stars of the White Nights festival.