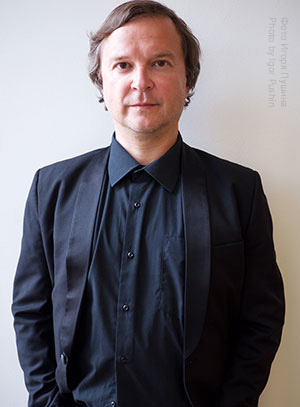 Young tenor Alexander Timchenko wins us over with his pure and clear timbre, rare nobility of manner and fine taste.
Kommersant

Alexander Timchenko was born in Leningrad. He graduated from the Glinka Choral School of the St Petersburg State Academic Capella in 1993 and subsequently from the St Petersburg State Rimsky-Korsakov Conservatoire, having specialised in choral conducting and vocals. Soloist with the Mariinsky Academy of Young Singers from 2001. In 2002 he made his Mariinsky Theatre debut as Lensky (Eugene Onegin). Mariinsky Opera Company soloist since 2005.

Has toured with the Mariinsky Opera Company to Austria, the Netherlands, Japan, Finland, France and Spain (Las Palmas). In 2007 in Moscow, he took part in the Russian premiere of Rodion Shchedrin’s opera The Enchanted Wanderer. He made his international debut in 2009 as Oedipus (Oedipus Rex) at the Teatro Real in Madrid.
He was the first performer of the role of Count Kiselvrode in the world premiere of Rodion Shchedrin's opera The Lefthander, staged at the Mariinsky Theatre in 2013.