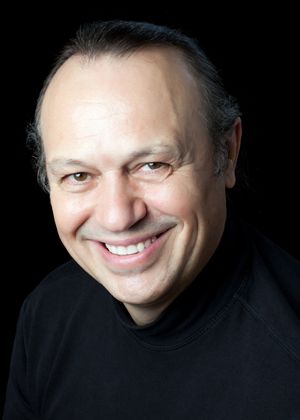 The singer’s voice and its timbre, rare in beauty and intensity, possesses true magnetism. Another feature of Galouzine is his acting skills, temperament and particular immersion in the music being performed which enchanted the auditorium.
Radio MAYAK

Kind, gentle and with an open and masculine face, Galouzine can affect the audience with truly murderous effect. Clearly his nature as an actor hides some duplicity, and the symbols of open sincerity become some kind of latent dark forces.
Vedomosti

Nothing should distract the audience’s attention from the lead character being performed by Galouzine. A magnificent singer and a stunning dramatic actor, he performed the role of Dostoevsky as if he were living his own life. Arguably, it could be said that the performance would be a success in any case if the lead role is being performed by Vladimir Galouzine – the finest performer of that role today.”
Radio KULTURA

Vladimir Galouzine is indisputably one of the world’s leading dramatic tenors, known for his unrivaled stentorious voice and extremely vivid characterizations of some of the most demanding roles.
He is in much demand internationally, performing regularly during the last two decades as a guest of most of the world’s most prominent opera houses, concert halls and festivals, including: New York’s Metropolitan Opera, Chicago’s Lyric Opera, the San Francisco Opera, the Houston Grand Opera and the Los Angeles Opera in the United States; London’s Royal Opera House, Covent Garden, in the United Kingdom; Milan’s Teatro alla Scala; Venice’s La Fenice, the Teatro Verdi in Trieste, the Teatro Comunale in Bologna as well as Florence’s Teatro Comunale; the Vienna State Opera in Austria; the Opéra National (Bastille) and Théâtre de Chatelet, both in Paris, as well as Toulouse’s Thйвtre de Capitole and the Marseille Opera in France; Madrid’s Teatro Real and Barcelona’s Grand Teatre del Liceu in Spain; both the Mariinsky Theater in St Petersburg and the Bolshoi Theater in Moscow, Russia; Amsterdam’s Nederlandse Opera in the Netherlands; the Deutsche Oper Berlin, the Cologne Opera and the Baden-Baden Festspielhaus in Germany; the New National Theater in Tokyo, Japan; the New Israeli Opera; and the Teatro Colуn in Buenos Aires, Argentina. in addition, he has performed at the Salzburg, Bregenz and Edinburgh Festivals and Washington’s Kennedy Center; London’s Royal Albert Hall; the Chorégies d’Orange and the Arena di Verona.