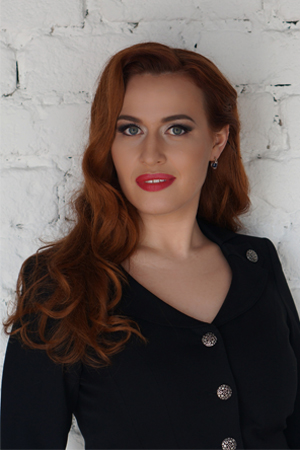 Stikhina proved to be a revelation as well as the main success of the performance; it is rare indeed that the world of opera is suddenly assailed by some super-new and hitherto totally unknown star. To sing the role of Salome extraordinary powers of endurance, energy and vocal stability are required; Stikhina’s dramatic soprano possessed all of the aforementioned qualities. The timbre of the voice was powerful yet tender at the same time – an ideal combination for the role of Salome, a woman who is still half a child and who is inflamed by a forbidden passion for the prophet Jochanaan.
Gyulara Sadykh-zade, Vedomosti (“The News”), 12 February 2017

Elena Stikhina performed the role of Sieglinde in Die Walküre and made her debut as Brünnhilde in Siegfried. Her stunning voice filled the whole auditorium effortlessly even on the piano notes, and it pierced the orchestral mass in the forte like a ray of light, at the same time remaining tender and palpitating. With such vocal perfection, in and of itself sufficient, this was also a genuine transformation, the inclusion of the self in the process of the performance and selfless existence within it.
Denis Velikzhanin, Colta.ru, 22 December 2020

Elena Stikhina was born in Sverdlovsk Oblast. In 2012 she graduated from the Tchaikovsky Moscow State Conservatory (class of Larisa Rudakova). Trained at the Galina Vishnevskaya Opera Singing Centre under Makvala Kasrashvili (2012–2014).

Since 2014 she has been a soloist of the State Primorsky Opera and Ballet Theatre (now the Primorsky Stage of the Mariinsky Theatre).

Elena made her Mariinsky Theatre debut as Salome at the premiere of new production in February 2017, immediately thereafter she became a member of the Mariinsky Opera Company.

For the role of Salome she was awarded the Onegin National Opera Award and St Petersburg’s most prestigious theatre prize the Golden Sofit.

Since the Operalia competition in 2016 the singer has been a much sought-after guest performer at opera houses in Europe and the USA. She has made her debuts with the Finnish National Opera and the Opéra national de Paris (Tatiana in Eugene Onegin), Boston Lyric Opera (Tosca in the eponymous opera), the Staatsoper Unter den Linden in Berlin (Mimì in La Bohème), the Deutsche Oper Berlin (Leonora in Il trovatore), the Bayerische Staatsoper (Senta in Der fliegende Holländer) and the Metropolitan Opera (Sister Angelica in Suor Angelica) among other famed theatres.

In the summer of 2019 Elena Stikhina made her debut at the Salzburg Festival, singing the title role in Cherubini’s opera Médée. In February 2021 she sang the part of Salome at the Teatro alla Scala.