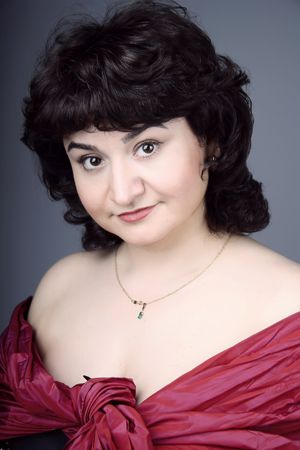 As Senta, Yekaterina Shimanovich created an image of an ardent and passionate woman, presenting herself brilliantly in the central duet in Act II together with Yevgeny Nikitin.
Peterburgsky Teatralny Zhurnal

Yekaterina Shimanovich was born in Minsk. Graduated from the St Petersburg State Rimsky-Korsakov Conservatory (class of Grayr Khanedanian) and the Mariinsky Academy of Young Opera Singers.

Made her debut at the theatre in 2005 as Fata Morgana in the opera The Love for Three Oranges. Joined the Mariinsky Opera in 2008.

Has participated in opera festivals in Aix-en-Provence (2004, The Love for Three Oranges) and Savonlinna (2009, Elena in Boito’s Mefistofele; and 2010, the title role in Tosca). Has appeared at the Lincoln Center, the National Centre for the Performing Arts in Beijing, the NHK Concert Hall in Tokyo and the Teatro Real in Madrid. Performed the title role in the opera Aida at the opening of the Chaliapin Festival in Kazan in 2013. That same year, she performed the role of Sieglinde in Wagner’s opera Die Walküre, as well as arias and scenes from operas by Verdi and Wagner at the Kirishima International Music Festival in Japan. Took part in a performance of highlights from Wagner’s operas Die Feen (for the first time in Russia) and Lohengrin at the Great Hall of the St Petersburg Philharmonic which was conducted by Sergei Stadler (2013).

Regularly performs concert programmes at the Great and Small Halls of the St Petersburg Philharmonic.