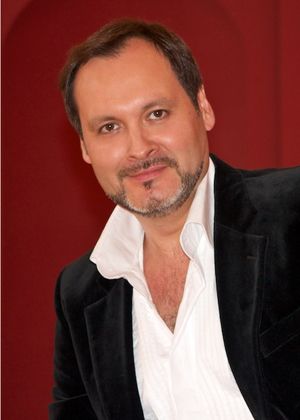 Askar Abdrazakov was born in Ufa in 1969. In 1994 he graduated from the Ufa State Institute of Arts (class of Milyausha Murtazina), subsequently undertaking postgraduate studies under Irina Arkhipova at the Tchaikovsky Moscow State Conservatory.

In 1994 the singer was invited to perform Puccini’s Messa di Gloria at the Grand Hall of the Moscow Conservatory under the baton of Vladimir Fedoseyev, and he also performed in the opera The Legend of the Invisible City of Kitezh and the Maiden Fevroniya at the Bregenz Festival (Austria). In 1995 he made his debut at the Bolshoi Theatre of Russia, appearing as Don Basilio (Rossini’s Il barbiere di Siviglia) and Konchak (Prince Igor). In 1996 Askar Abdrazakov performed the part of Prince Gremin (Eugene Onegin) at the Teatro lirico Giuseppe Verdi in Trieste (Italy). In 1997 at Paris’ Théâtre du Châtelet he sang the role of the Bonze in Stravinsky’s Le Rossignol (with the BBC Symphony Orchestra conducted by Pierre Boulez); this production was later staged in Brussels, London, Rome, Seville and Berlin. In 1999 he performed the title role in the world premiere of Sergei Slonimsky’s opera Visions of Ivan the Terrible, conducted by Mstislav Rostropovich in Samara.

Has taken part in the festivals Irina Arkhipova Presents…, Arena di Verona and the Festival International de Colmar (France) among others.

From 1991 to 2010 he was a soloist with the Bashkir State Opera and Ballet Theatre, of which he has been Artistic Director since 2019. In May 2021 that theatre hosted a premiere of a new production of the opera Don Quichotte, marking Askar Abdrazakov’s debut as a stage director (in August 2021 the performance was first presented at the Bolshoi Theatre of Russia).

In 2012–2013 he was a soloist with the Irina Arkhipova Regional Charitable Foundation.
Guest soloist with the Mariinsky Theatre since 2013 (in January 2013 he made his debut at the theatre, performing the role of Don Quichotte).

From 2015 to 2018 he was Artistic Director of the Chaliapin Dacha Festival (Plyos, Ivanovo Region); from 2016 to 2018 he headed the jury of the International Fyodor Chaliapin Vocal Competition in Ufa. Has presented his own programme Orpheus’ Dressing Room on Orpheus Radio.