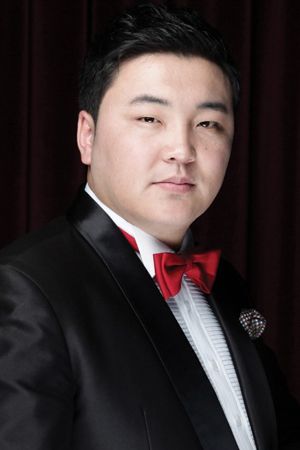 Ariunbaatar Ganbaatar was born near Ulaanbaatar in 1988. He graduated from the Mongolian State University of Arts and Culture in Ulaanbaatar in 2010 (class of Professor O. Ichinkhorloo). In 2011 he was a prize-winner at the 24th International Glinka Competition of Vocalists in Moscow, also taking the “Best Baritone of the Competition” award and the Special Pavel Lisitsian Prize. In 2012 he won the award Mongolia’s Finest Singer.
In 2014 Ariunbaatar took 1st prize at the 3rd Muslim Magomayev International Vocalists’ Competition in Krasnogorsk (Moscow Region).
From 2014 to 2018 he was a soloist with the Buryat State Academic Opera and Ballet Theatre. In 2015 he won 1st prize (Gold Medal) and the Grand Prix at the XV International Tchaikovsky Competition (Moscow – St Petersburg). In 2017 Ariunbaatar was awarded the Song Prize at the BBC Cardiff Singer of the World competition.

He has appeared at the Bolshoi Theatre of Russia, New York’s Carnegie Hall, London’s Cadogan Hall and Buckingham Palace.

Ariunbaatar made his Mariinsky Theatre debut in 2016, performing the part of Escamillo in Carmen.