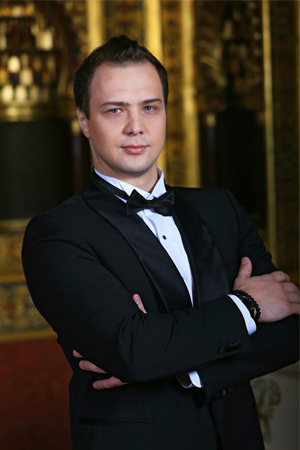 Egor Chubakov was born in 1987 in Tashkent. He graduated from the Voronezh State Academy of Arts in 2013 (class of Professor Mikhail Podkopayev). In the 2013–14 season he worked at the Voronezh State Opera and Ballet Theatre where he performed the roles of Prince Orlofsky (Die Fledermaus) and Prince Yeletsky (The Queen of Spades).

Since 2018 he has been a soloist with the St Petersburg Concert, where he appears in The Phantom of the Opera. Déjà Vu (Escamillo), The Queen of Spades (Count Tomsky) and Le nozze di Figaro (Count Almaviva).

Egor made his Mariinsky Theatre debut in Pelléas et Mélisande by Claude Debussy in the autumn of 2019.