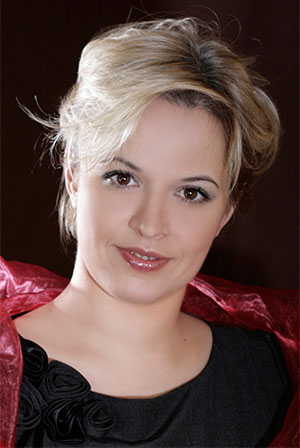 Maria Nikitina was born in St Petersburg, in a family of the Conservatoire professors. She has graduated from the Faculty of Philology and the School of International Relations of the Saint Petersburg State University, majoring in Romance Languages. Nikitina went on to study further at Italian universities, where she decided to specialize in the Italian language in music. Nikitina entered the educational programmes of the Sapienza University, Roma Tre University, and the University for Foreigners in Siena. She had an internship with the Accademia Nazionale di Santa Cecilia, the Academy of La Scala, the Riccardo Muti Italian Opera Academy, the International Giuseppe Verdi Foundation and others. Nikitina worked as a manager for guest soloists and ensembles at the St Petersburg Academic Philharmonia. She was also a teacher, worked on developing a multilevel language teaching and testing system, and created a special Italian language course for opera singers.

Since 2009 Nikitina has worked as an Italian language coach at the Mariinsky Theatre. Apart from coaching opera singers, she also translates opera librettos, edits the supertitles for Italian-language operas, and collaborates with the St Petersburg Academic Philharmonia and with the Russian Composers Union. Nikitina is the translator of Manuel García’s A Complete Treatise on the Art of Singing (published in St Petersburg by Planeta Muziki, 2015) into the Russian language.