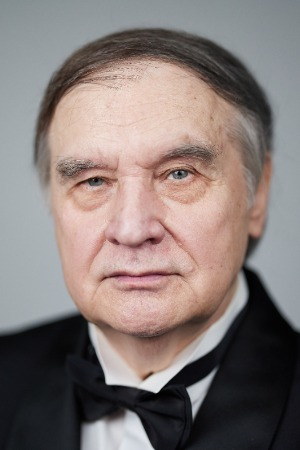 The whole world knows Yuri Marusin, and all of Russia loves him. He is a true People’s Artist, an heir to the traditions of Russia’s vocal culture, the traditions of Sobinov, Pechkovsky and Lemeshev…
The artist’s interpretation is enchanting with its tragic intensity, the depth and the force of its effect in the integrity of the singing and the stage acting. Not by chance did the British press compare his art with that of the great Laurence Olivier following his appearance at Covent Garden”.
Kultura

Russian tenor Yuri Marusin has one of the most beautiful voices… A tenor of such class appears far from every day.
Tempo. Italy

Graduated from the Leningrad State Rimsky-Korsakov Conservatoire in 1975 (class of Professor Olkhovsky). Trained at La Scala (1977–78 season). In 1982 he was awarded a bust of Giuseppe Verdi and a diploma as best foreign singer of the season by the Italian Music Society for his performances as Gabriele in Simon Boccanegra alongside Abbado, Freni, Capuccili and Gyaurov. Has performed at the Wiener Staatsoper under the baton of Claudio Abbado, singing the roles of Lensky, Dmitry, Prince Golitsyn, Herman and Cavaradossi. At the 1990 Salzburg Festival he performed as Don Juan (Dargomyzhsky´s The Stone Guest).
Mariinsky Theatre soloist since 1980. His repertoire includes over fifty roles from Russian and European operas.

Audio and video recordings include The Queen of Spades, Ruslan and Lyudmila, Khovanshchina, Gianni Schicchi, La forza del destino, War and Peace and Iolanta as well as the concert films All about You, My Russia and Georgy Sviridov. He has recorded three solo discs of chamber works by Russian and foreign composers.