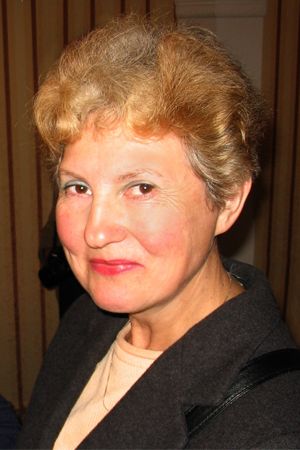 Zhanna Trutko was born in Nebit Dag (Turkmenistan). Studied at the Poltava School of Music (class of Lidia Khmelnitskaya) and the Leningrad State Rimsky-Korsakov Conservatoire, where she specialised in piano (class of Professor Eduard Bazanov) and organ (class of Professor Nina Oksetian). She subsequently undertook an assistant traineeship under Professor Vladimir Nilsen. After graduating from the conservatoire she taught the special piano class at the Turkmen State Institute of Arts in Ashgabat. Later she worked as an accompanist at the St Petersburg State Rimsky-Korsakov Conservatoire, at both the opera studio and in oboe, flute and choral and symphony conducting classes.
Zhanna Trutko has been a diploma-recipient at numerous international competitions.
Since 2007 she has been a concert mistress with the Mariinsky Opera. As a concert mistress she has worked on productions of the operas Elektra, Król Roger, The Mystery of Paul the Apostle, Christmas Eve, Pelléas et Mélisande, Die Frau ohne Schatten, Faust (Gounod), and Boyarina Morozova (in concert).