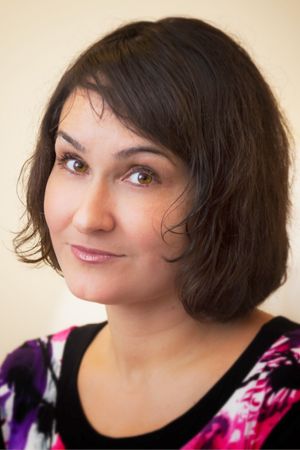 Ekaterina Ilina was born in Leningrad. Graduated from the St Petersburg Rimsky-Korsakov College of Music and subsequently the Petrozavodsk State Glazunov Conservatoire (2000).

Ekaterina Ilina has worked on rehearsals of premieres and revivals: L’elisir d’amore, Il trovatore, Otello, Simon Boccanegra, El Juez (music by Christian Kolonovits), The Oprichnik, The Queen of Spades, War and Peace, The Lefthander, Salome, I vespri siciliani, Adriana Lecouvreur, The Gambler (transfer of the production to the Primorsky Stage of the Mariinsky Theatre), Falstaff, The Tsar’s Bride, Benvenuto Cellini, Lucia di Lammermoor, La fanciulla del West, Parsifal, The Makropulos Affair, Die Fledermaus, Christmas Eve, The Fiery Angel, The Snow Maiden and The Made of Orleans.

She has undertaken the musical preparation for performances of scenes from the operas Dubrovsky by Eduard Nápravník and Judith by Alexander Serov at the Shchedrin Hall (2015–16 season), concerts as part of the subscription Film Music (songs by Andrei Petrov, Mikael Tariverdiev, Veniamin Basner and Isaac Schwartz) and a performance of the oratorio The Seasons by Haydn at the Concert Hall of the Mariinsky Theatre.

In 2012 she received grateful thanks from the St Petersburg Committee for Culture “For her significant contribution to the development of culture in St Petersburg”.