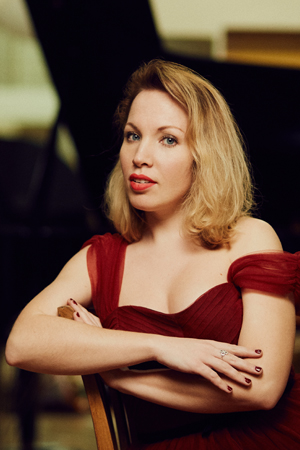 Arina Vaganova was born in Arkhangelsk. She graduated from the Piano Solo Department of the Petrozavodsk State Glazunov Conservatory in 2007 and completed her postgraduate studies there in 2010 (class of Professor Yulia Tishkina). She studied chamber ensemble performance and acquired her accompanist skills under Professor Sergei Sukhov and Professor Tatiana Bibikova. While still a student, Vaganova worked as an accompanist in the vocal class of the conservatory.

She prepared the premieres of productions of Eugene Onegin (2014), La traviata (2015), Hänsel und Gretel (2015), The Idiot (2016), The Story of Kai and Gerda (2016), The Diary of Anne Frank (2017) and Not Love Alone (2017) with the soloists of the Mariinsky Academy of Young Opera Singers. She has also taken part in the preparation of concert performances of Molchanov’s The Dawns Here Are Quiet, Strauss’ Der Rosenkavalier, Klinichev’s The Cossacks, Shebalin’s The Taming of the Shrew and Mozart’s Così fan tutte (at the Primorsky Stage of the Mariinsky Theatre).

As a pianist and accompanist she has performed with singers at various concert halls of St Petersburg, Moscow, as well as throughout Russia and Europe.
Information for April 2022