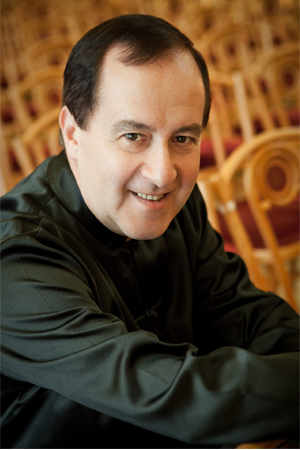 Semyon Skigin was born in Leningrad. Graduated from the Rimsky-Korsakov Leningrad State Conservatory and undertook a postgraduate study there. In 1975 he was noted as the best accompanist at the International Competition for Piano Accompanists in Rio de Janeiro, and in 1978 he was offered the post of professor in the accompaniment class at the Hochschule für Musik Carl Maria von Weber Dresden where he taught for three years (1978–1981). Since 1990 he has been a professor at the Hochschule für Musik Hanns Eisler Berlin.

The pianist’s extensive discography (ЕМI, Philips and BMG among other recording companies) includes the complete chamber vocal works by Musorgsky, Tchaikovsky, Glinka and Rachmaninoff as well as recordings of romances by Borodin, Dargomyzhsky and Glière and works by Shostakovich, Verdi and Wagner. Semyon Skigin has produced original concert programmes. He is Artistic Director of the Music Festival at the Theaterkahn in Dresden, Vice President and Artistic Director of the Berlin Salon.

The musician regularly conducts masterclasses at leading conservatories in Germany, the Netherlands, the USA and Russia and participates as a jury member in international competitions.

Recipient of a Gramophone Classical Music Award (1995) and a Cannes Classical Award (1996).
Information for June 2021