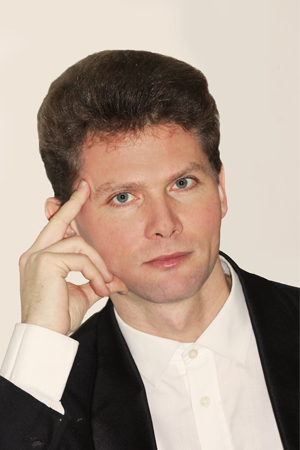 Has a busy career as an accompanist and teacher. Tours as a soloist, accompanist and ensemble musician throughout Russia and internationally. Has participated in festivals in Freiburg and Utrecht. Has appeared in Beijing, Stockholm, Göteborg, Oslo and cities in Switzerland, Germany, Finland, Italy and the USA. Has collaborated with leading Russian musicians, orchestras and soloists of opera houses in Moscow and St Petersburg, among them from the Mariinsky Theatre, the Mikhailovsky Theatre, the Bolshoi Theatre of Russia and the Helikon Opera (Moscow). Regularly appears at the Grand and Small Halls of the St Petersburg Philharmonia, the St Petersburg State Capella, the Concert Hall of the Mariinsky Theatre and various St Petersburg palaces and museums.