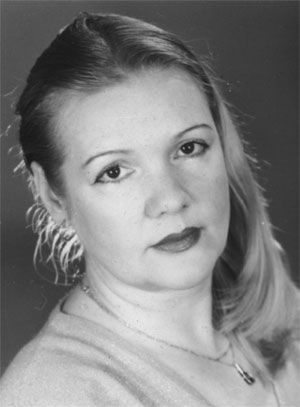 Born in St Petersburg. Graduated from the piano faculty of the Leningrad State Rimsky-Korsakov Conservatoire (class of Professor Shishko). Worked as a concert mistress at the department of opera directing (course of Professor Tikhomirov) and the class of opera and symphony conducting (Professor Ilya Musin), as well as at the department of chamber singing of the Leningrad Conservatoire.

Since 1990, she has been a concert mistress with the Mariinsky Opera Company. She has been involved in rehearsals of all operas in the theatre's main repertoire. Productions Larisa Larionova has worked on include War and Peace, Semyon Kotko, The Fiery Angel, The Gambler, The Love for Three Oranges, Katerina Isamailova and Lady Macbeth of Mtsensk, The Nose, Ruslan and Lyudmila, The Legend of the Invisible City of Kitezh and the Maiden Fevronia, The Snow Maiden, Sadko, The Tsar's Bride, The Demon, Mazepa, Eugene Onegin, The Queen of Spades, Don Carlo, Otello, Madama Butterfly, Tosca and Scottish director David McVicar's productions of The Turn of the Screw and Macbeth. Larisa Larionova is the principal concert mistress for the operas Le nozze di Figaro, The Story of Kai and Gerda, Mozart and Salieri and The Miserly Knight. The concert mistress' work in recent years has involved the operas Cavalleria rusticana and The Stone Guest (in concert), as well as Kashchei the Immortal and The Maid of Pskov.

Larisa Larionova works both with the theatre's leading soloists, among them Larisa Diadkova, Olga Savova, Vladimir Samsonov, Viktor Lutsyuk, Gennady Bezzubenkov and Nikolai Gassiev, and with many soloists from the Mariinsky Academy of Young Singers. Moreover, Larisa Larionova has taken part in solo concerts by Bulat Minzhilkiev, Gegam Grigorian, Valentina Tsydypova, both in Russia and abroad.
Frequently performs in recitals.

Has toured with the Mariinsky Opera Company to the USA, Japan, China, France, Austria and Germany.