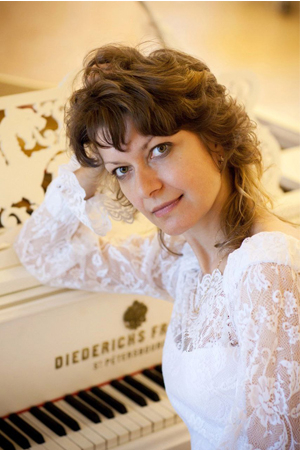 Yana Grankvist graduated from the Rimsky-Korsakov St Petersburg State Conservatory and completed an assistant traineeship there, specialising in “the art of the accompanist”.

Has worked as an accompanist with the St Petersburg Chamber Opera, and subsequently, in 1997, she became head accompanist of the Solo Singing Department at the St Petersburg Conservatory. Since 2004 she has taught at the Department of the Art of the Accompanist at the conservatory (senior lecturer since 2018); works in the class of Vladimir Vaneyev. In 2020–2021 Yana Grankvist coordinated a student project to stage the operas La Bohème, Suor Angelica and Aleko at the conservatory.
Also performs recitals, appearing at numerous venues in St Petersburg, other Russian cities and internationally. Has frequently conducted masterclasses in China.
She collaborated with the Elena Obraztsova International Academy of Music (St Petersburg) as an accompanist; participated in productions of operas and concerts organised by the academy.