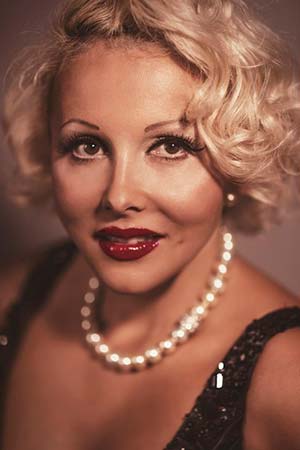 Larisa Gabitova graduated from the Petrozavodsk State Glazunov Conservatoire as a pianist (professor Alexander Utrobin’s class) and an opera and symphony conductor (2018, professor Stachinski’s class). In the summer of 2018, she underwent training as a conductor at the Riccardo Muti Italian Opera Academy in Ravenna. She has been a concert mistress with the Mariinsky Opera since 2002. Together with the Mariinsky Opera soloists, she was responsible for the musical preparation of such operas as Le nozze di Figaro, Così fan tutte, Don Giovanni, Lucia di Lammermoor, L'elisir d'amore, Un ballo in maschera, Falstaff, Il tabarro, Suor Angelica, Gianni Schicchi, Carmen, Jenůfa, The Makropulos Affair, The Nose, Semyon Kotko, The Turn of the Screw, A Midsummer Night’s Dream, The Brothers Karamazov, Adriana Lecouvreur, Benvenuto Cellini, Tristan und Isolde, the tetralogy Der Ring des Nibelungen and many others.

Gabitova has been invited several times to host master-classes as a vocal coach and to prepare opera premieres at Russian theatres. She worked on the productions of Le nozze di Figaro in Yekaterinburg, Il trovatore in Almaty, Tosca and Così fan tutte in Volgograd, and Demon in Tashkent. Gabitova was the principal concert mistress of such productions of the Elena Obraztsova Academy of Music as Iolanta and Eugene Onegin (2016, St Petersburg), as well as Il trovatore at the Pafos Aphrodite Festival (Cyprus).

As an assistant conductor, she prepared the performances of such operas as Iolanta at the Opera Stars in Krasnoyarsk festival and at the Petrozavodsk Philharmonic Hall, Le nozze di Figaro at the Elena festival in St Petersburg. In 2017, as a second conductor, Gabitova helped prepare the production of La bohème at the Tsaritsynskaya Opera in Volgograd and conducted the gala concert of the Opera Alliance festival. She was the artistic director and conductor of the gala opening concert of the I Carmen Elena Obraztsova's International Festival of Classical Music in Chelyabinsk.

In January 2018, Gabitova performed with the Classica State Symphony Orchestra and conducted the symphonic fantasia The Tempest and opera Iolanta by Tchaikovsky (she also directed the semi-staged performance).

She was at the helm of the first production and performance of the Baroque era Italian composer Giovanni Alberto Ristori’s opera Ariadna (1736). As a musical director and conductor, she presented the performances of the opera at the St Petersburg State Academic Capella, at the Opera Alliance festival in Volgograd (the opera became a part of the Tsaritsynskaya Opera repertoire), at the Bip Fortress in Pavlovsk, at the New Stage of Alexandrinsky Theatre, and in Chelyabinsk.