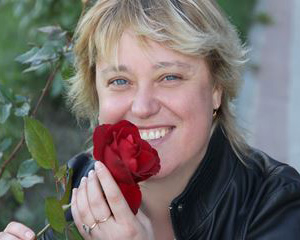 • Honoured Worker of Culture of the Russian Federation (2021)

Irina Vtornikova was born in Rostov-on-Don in 1975. In 2009 she graduated from St Petersburg State Theatre Arts Academy.

Since 1997 she has worked at the Rostov State Musical Theatre (prior to 1999 the Rostov State Musical Comedy Theatre), heading the artistic production department from 2011, and since 2019 she has been Principal Lighting Designer. Has designed for productions of Hamlet, The Sleeping Beauty, Juno and Avos, Prince Igor, Iolanta, Le Corsaire, Le nozze di Figaro, The Nutcracker, Faust, Swan Lake, Paganini, Eugene Onegin, Oresteia, La traviata, Die Fledermaus, Giovanna d’Arco, The Queen of Spades, Carmina Burana, Khovanshchina, La Esmeralda, Spartacus, Pagliacci and Turandot among others.

In 2014 she designed for a production by Yuri Alexandrov based on Tchaikovsky’s opera Cherevichki at the Teatro Lirico di Cagliari (Italy).

At the Mariinsky Theatre Irina Vtornikova has created lighting design for a new production of The Maid of Orleans (2021).

Has been a nominee on several occasions for Russia’s Golden Mask National Theatre Award.
Information for July 2022