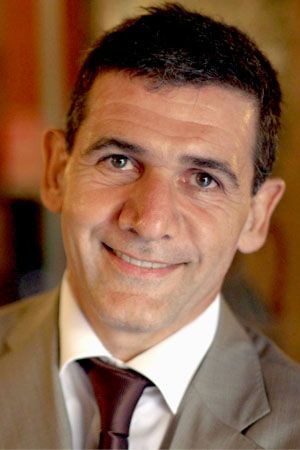 Lighting Designer
Vincenzo Raponi was born in Latina (Italy) and graduated as a psychologist. At the age of sixteen he commenced a collaboration with the theatre company Il Baule. Up until 1996 he worked with diverse theatre companies before making his debut in opera at the Wexford Festival at the invitation of Luigi Ferrari. Over the last ten years Raponi has designed the lighting for productions by stage director Pier Luigi Pizzi. Their collaboration began in 2000 with a production of Rossini’s opera Otello at Covent Garden. Raponi has worked with Pizzi on productions of both classical repertoire (I due Foscari, Semiramide, Falstaff, Die Zauberflöte, Salome, Un giorno di regno, Attila and La Gioconda) in addition to modern and contemporary works by Britten, Henze, Korngold and Hindemith. Vincenzo Raponi has been the curator of several exhibitions for Pizzi including A Picture Gallery of the 17th Century in Ajaccio, Franco Maria Ricci in Colorno, Glass in the World Today in Venice, Yemen Father Matteo Ricci in Rome and The Vatican and Rome in the Late Caravaggio Period.
The designer has also collaborated with the stage directors Werner Herzog (Der Fliegende Holländer, Die Zauberflöte and I due Foscari) and Giorgio Marini (the opera I Capuleti e i Montecchi and the plays Happy Eyes and The Twins). At the Rossini Opera Festival in Pesaro he has designed the lighting for Adina and La scala di seta. With stage director Roberto De Simone he inaugurated the reopening of the Teatro Petruzzelli with the opera Turandot. With Massimo Pizzi Gasparon he has designed the lighting for Attila and Juditha triumphans at the Macerata Opera Festival.
In dance the designer has created lighting for the extreme dance company Kitonb. He has also designed for Jason and the Argonauts, productions by Luca Veggetti and for some performances by Roberto Bolle.
Vincenzo Raponi has designed lighting for art galleries. He has produced lighting arrangements for famed paintings (including Madonna dei pellegrini by Caravaggio) and various exhibitions in Rome (Cleopatra, Velázquez, Thyssen Collection, The Borgias, Christina of Sweden, The Treasures of the Aztecs), Rimini (Sismondo Malatesta and His Time, Constantine the Great) and Forli (Palmezzano, Lega, Cagnacci) as well as collaborating on the lighting for the Luzzatti Concert Hall and Museum and the Church of the Capuchins in Rome.
The designer lives in Rome with his wife Michela, eldest son and twins Marta and Filippo Gabriele.