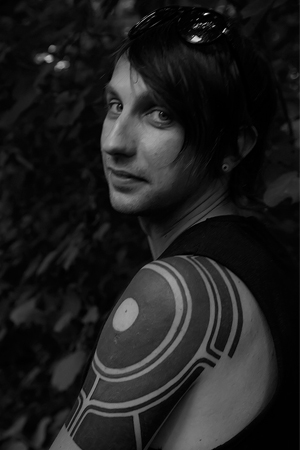 Starilov graduated from the Design Department of the Voronezh Art College in 1999. He completed his studies at the St Petersburg Institute of Business, Television and Design with major in Multimedia Directing in 2011.

From 2003 to 2013, Starilov worked on TV and designed programmes and broadcast for such TV channels as TNT-Gubernia, A-One, Peretz. As a video artist, Starilov worked at the art project of the Russian Engineering Theatre AKHE The Depot of Ingenious Delusions (2012), such productions of The Stanislavsky Electrotheatre as The Blue Bird, Drillalians, and The Constant Principle (directed by Boris Yukhananov, 2015); The Idiot (2015) and The Circus (2017) (directed by Maxim Didenko) at the Theatre of Nations; Black Russian (2016) (directed by Maxim Didenko); Dmitri Kourliandski and Boris Yukhananov’s opera Octavia. Trepanation (2017) at the Holland Festival in Amsterdam.