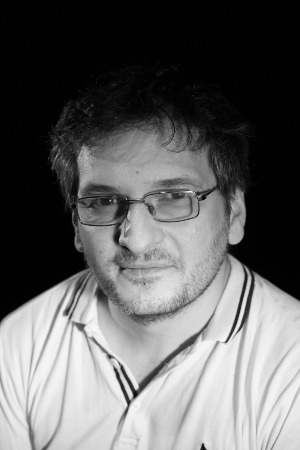 Gidal Shugaev was born in Leningrad in 1974. While still a school pupil, he began his artistic career at the Theatre of Youth Creativity, with which he continues to collaborate today – now as a lecturer and head of the lighting department. He graduated from the St Petersburg State University of Aerospace Instrumentation and St Petersburg State Theatre Arts Academy. Lighting designer and design technologist of the “Show Consulting” studio and lighting designer and co-founder of the “Lighting for Theatre” creative workshop.

Has taken part in the production of numerous shows, among them the St Petersburg tercentenary celebrations, St Petersburg’s “Scarlet Sails” celebration for school-leavers, the celebratory closing of the fountains in Peterhof and the multimedia production Ode to the Fatherland commemorating the two hundredth anniversary of the Patriotic War of 1812 among others.