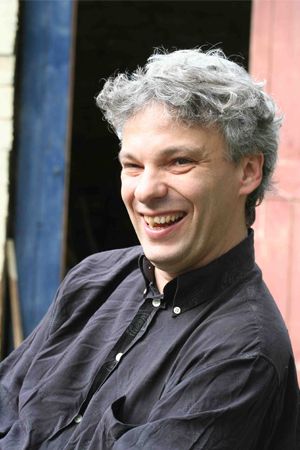 First worked in theatre for Jérôme Savary’s company. In 1988 he became an assistant to Alain Poisson, at the same time working with other French lighting designers including André Diot and Jacques Rouveyrollis. Since 1999 he has collaborated with the comedian and stage director Sotigui Kouyaté (productions of Antigone, Refus, Œdipe, Pont and Chasseur de paroles at various French theatres). Works in ballet include the lighting for productions of Giselle and Noureev diverts (for Sylvie Guillem at the Royal Opera House, Covent Garden), Le Rêve d’Alice and De Didi à Gogo (for choreographer Olivier Chanut). With Gautier Capuçon he took part in a production of a ballet by Alexandra Bansch to music from Bach’s cello suites. In drama theatre he continues to collaborate with Jérôme Savary, and has also worked with Elodie Chanut, Éric Vigner, Sandra Gaudin, Antoine Bourseiller, Nicolas Briançon, Nanou Garcia and Claude Confortès. Others with whom Noël has collaborated include the singer Mona Heftre, the composer Jacques Coutureau, the journalist Daniel Mermet and the choreographer Rheda to name but a few. Moreover, Noël has created lighting for concerts by Georges Moustaki and various society events including fashion shows by Hervé Léger and the opening of new Thierry Mugler boutiques. Recent projects include working at the Théâtre du Vieux Colombier with Fausto Paravidino (a production of La Maladie de la famille), the Comédie Française with stage director Michael Marmarinos (Racine’s Phèdre), a collaboration with Declan Donnellan (a production of Père Ubu in London and at the Gémeaux theatre in Sceaux), with Gwendoline Hamon and Alain Fromager (a production of Voyageur sans bagage at the Cado Theatre in Orléans), Charles Berling (a production of Dreck at the Théâtre Liberté in Toulon) and Manon Savary and Patrick Poivre d’Arvor (a production of Don Giovanni in Liège). In 2011 Noël was nominated for the Molière Prize for the lighting of a production of Mike staged by Thomas Le Douarec at the Comédie de Paris.