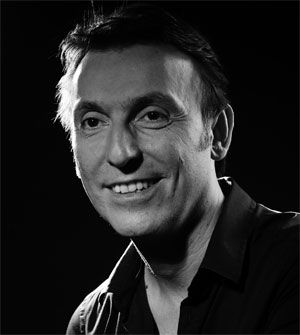 Over twenty years Fabrice Kebour has designed over one hundred and fifty productions and has earned a reputation as one of Europe’s leading lighting designers. Kebour’s career began in 1987 in New York, where he has designed numerous on and off Broadway productions, as well as assisting established lighting designers. In 1989 Kebour was accepted by the two-year internship programme of United Scenic Artists which allowed him to work with some of the leading American lighting designers, both off and on Broadway. After completing the programme he became a member of United Scenic Artists 829. In 1991 Fabrice Kebour returned to Paris and, until 1995, worked as an Associate Lighting Designer on productions of Les Misérables and Miss Saigon. Kebour has worked in Japan, the Middle East, France, Germany, Austria, Switzerland, Spain, Italy and Great Britain, as well as the USA and Canada. He has also designed the lighting for opera productions at the Kennedy Center, the Opéra de Paris, the Wiener Staatsoper, the Teatro alla Scala, the Arena di Verona and the Théâtre Royal de la Monnaie. On three occasions he has received nominations for France’s prestigious Molière Theatre Awards. Kebour is a member of United Scenic Artists 829 and the International Association of Lighting Designers and is on the board of the French lighting designers’ association L’Union des Créateurs Lumière.