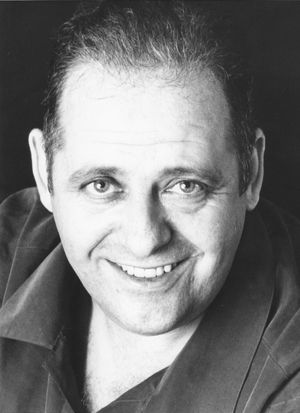 Ballet designs include La Sylphide, The Sleeping Beauty, The Tales of Beatrix Potter, Sylvia and Cinderella for the Royal Ballet, Aladdin, Cyrano, The Sleeping Beauty, Sylvia, Far from the Madding Crowd, Giselle, The Protecting Veil, Beauty and the Beast, Powder, Dante Sonata and Enigma Variations for Birmingham Royal Ballet, The Nutcracker (Ballet du Capitole de Toulouse) and Aladdin and Sylvia for the National Ballet of Japan as well as designs for the Houston Ballet, Northern Ballet, Scottish Ballet, the Staatsballett Berlin and the Stuttgarter Ballett.
His extensive portfolio of opera designs includes work at the Los Angeles Opera with directors William Friedkin, Woody Allen and John Schlesinger, as well as at the Washington National Opera and many productions across Europe, notably Das Gehege and Salome in Munich, Mathis der Maler, Les Contes D’Hoffman and The Rape of Lucretia for the Theater an der Wien and The Makropulos Case in Florence, as well as productions in Germany, Belgium, France, Finland and Israel. In the UK he has worked for Glyndebourne Opera and Scottish Opera and was recently nominated for “Best Opera Lighting” for his work on Welsh National Opera’s Lulu. Mark’s drama and music designs have been seen throughout the UK with productions at the National Theatre (where he was head of lighting from 1993–2003), the Royal Shakespeare Company and in the West End where Blithe Spirit is currently playing. In New York he received a Drama Desk nomination for “Outstanding Lighting Design” for Prometheus Bound.