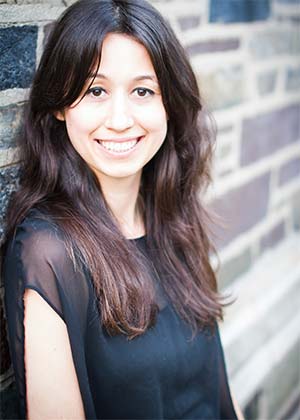 Jennifer is a designer from New York, pleased to be returning to the Mariinsky after previously designing the lights for Midsummer Night’s Dream, for which she was nominated for a Golden Mask award, and Faust . Her recent USA credits include Ghetto Klown on Broadway; Die Fledermaus at the Metropolitan Opera; Theory of Relativity a new Bartram and Hill musical at Goodspeed Opera House; ToasT by Lemon Andersen at the Public Theatre; Carousel at the Olney Theatre; Bright Half Life at the Women’s Project Theatre; I’m Searching for Helen Twelvetrees at the Abrons Art Cetner; Rapture Blister Burn at the Goodman Theatre in Chicago, Healing Wars conceived and directed by Liz Lerman, Marie Antoinette at Woolly Mammoth, Sunday in the Park with George at Signature. Mala Hierba and American Hero at Second Stage. Upcoming, Jen is designing Les Pecheurs de Perles at the Metropolitan Opera in NYC opening on New Years Eve.

Jennifer’s Associate Design credits for Broadway include: A Raisin in the Sun, Death of A Salesman, The Mountaintop, House of Blue Leaves, Book of Mormon, Women on the Verge of a Nervous Breakdown, Fences, A Behanding in Spokane, Joe Turner’s Come and Gone, You’re Welcome America, American Buffalo, 13 – A New Musical, A Catered Affair, Cymbeline, The Vertical Hour, The Color Purple, The Threepenny Opera.