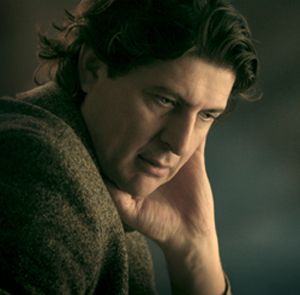 Damir Ismagilov graduated from the Theatre Arts and Technical School and joined the Moscow Arts Theatre, where he was in charge of lighting effects. He went on to head the lighting department of the Small Stage, where he began his career as a lighting designer, working on productions of The Road, Father and Son, The Carriage, Eucus and The Tattooed Rose.

In 1987 he graduated from the production faculty of the Studio School of the MKhAT and was appointed Principal Lighting Designer of the Chekhov MKhAT. He has designed almost one hundred productions there including Boris Godunov, The Cherry Orchard, Grief from Mind, The Storm, The Marriage, Masquerade, Moscow Chorus, Misha’s Anniversary, A Lesson for Wives, A Lesson for Husbands, Mother-of-Pearl Zinaida, The Three Sisters, Cyrano de Bergerac, Yu, Antigone, Sacred Fire, Retro, Crime and Punishment, Noughts, Copenhagen, The Siege, The Petty Bourgeois, The White Guard, Playing the Victim, King Lear, The Forest, The Messrs Golovlev, Prima Donnas, Pillowman and The Pickwick Club.

Since 1996 he has worked with the Bolshoi Theatre (since 2002 he has been Principal Lighting Designer). Over his years of work at the theatre he has worked with stage directors and choreographers including Vladimir Vasiliev, Boris Pokrovsky, Peter Ustinov, Alexander Titel, Boris Eifman, Peter Konvichny, Alexei Ratmansky, Sergei Vikharev, Eimuntas Nekrošius, Alla Sigalova, Irkin Gabitov, Yuri Burlaka, David Pountney and Dmitry Bertman. As a lighting designer he has worked on productions of the ballets Swan Lake, Insomnia, Russian Hamlet, Ward 6, Paquita, Class Concert, Flames of Paris and Cinderella and the operas Aida, Iolanta, The Love for Three Oranges, Khovanshchina, Francesca da Rimini, Nabucco, The Gambler, The Snow Maiden, Macbeth, Mazepa, Der Fliegende Holländer, Rosenthal’s Children, War and Peace, Boris Godunov, Carmen and The Queen of Spades to name but a few.