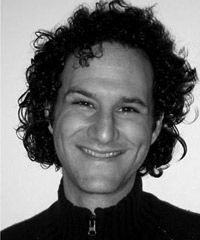 Lighting Designer Adam Silverman works with opera, ballet and drama companies. His most recent works include Michael Sheen and Ian Rickson’s Hamlet at the Young Vic in London, Adriana Lecouvreur at Covent Garden, A Midsummer Night’s Dream, Peter Grimes and Káťa Kabanová for English National Opera, L’Ercole amante for the Nederlandse Opera and productions of the ballets Le Sacre du printemps, Rian and Giselle for the Fabulous Beast Dance Theatre. Adam Silverman has designed the lighting for Mariinsky Theatre productions of The Turn of the Screw and Věc Makropulos (The Makropulos Affair) . He has also worked on productions of the operas Aida for the Deutsche Oper Berlin, Tannhäuser for the San Francisco Opera, The Queen of Spades for the Bayerische Staatsoper and Dido, Queen of Carthage at the National Theatre in London in addition to working on the premiere of Five Gold Rings for the Almeida Theatre and the musicals Beauty and the Beast for the Royal Shakespeare Company and A Day in the Death of Joe Egg on Broadway. Silverman’s upcoming productions include Norma for Opera North (Leeds) and Un ballo in maschera for the Metropolitan Opera.