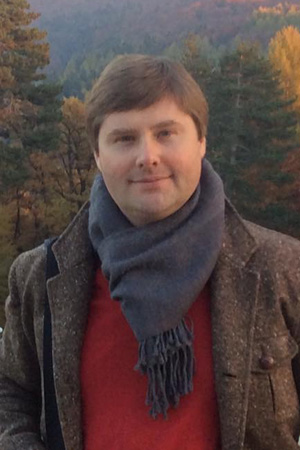 • Honoured Artist of the Republic of Chechnya.
• Prize-winner at the Pushkin All-Russian Competition of Narrator-Artistes (1999).

In 1997 Dmitry Koshmin graduated from the acting faculty of the Boris Shchukin Theatre Institute (course of Marina Panteleyeva). In 1999 he became a prize-winner at the Pushkin All-Russian Competition of Narrator-Artistes. The same year, he completed his assistant traineeship at the Boris Shchukin Theatre Institute and began to teach stage speech at that academy. From 1999–2007 he also taught at the MKhAT studio school, the Russian Institute of Theatre Art, the State Specialised Institue of Arts and the Moscow State Pedagogical University. From 2003–2009 he worked as tutoring coach at the National Youth Music Theatre.

In 2007 he became a tutor at the St Petersburg Academy of Theatre Arts. Has taught in master-classes of Semyon Spivak, Vladimir Retespter and Veniamon Filshtinsky; he is currently engaged with the Sergei Charkassky workshop. From 2012–2017 he was a tutor at the Pushkin School theatre. Since 2013 he has been a tutor at the Maly Drama Theatre – Theatre of Europe. Since 2005 he has been a participant of a programme to support Russian theatre abroad by the Union of Concert Workers of Russia, and since 2014 he has participated in the educational programme of the theatre festival Baltic House. Has conducted master-classes at theatres in Uzbekistan, Ukraine, Armenia, Kazakhstan, Tajikistan, Lithuania, Kyrgystan, Belarus, Latvia, Estonia, Abkhazia, Pridnestrovie and Moldova. Since 2008 he has worked as an assistant opera director to Lev Dodin at various venues throughout Russia and Europe, among them the theatre festival Maggio Musicale Fiorentino (Lady Macbeth of Mtsensk, 2008), the Opéra National de Paris (The Queen of Spades, 2012), the Bolshoi Theatre of Russia (The Queen of Spades, 2015), the Wiener Staatsooper (Khovanshxhina, 2014), and the Parma Giuseppe Verdi Festival (Louisa Miller, 2019). Since 2019 he has collaborated with the Baltic House Theatre Festival and the Mikhalkov Academy of Cinema and Theatre Art.

At the Mariinsky Theatre, he appeared in 2016 as a tutor of stage speech and acting skills for Prokofiev's symphonic tale Peter and the Wolf and in 2018 was again engaged as the Narrator in Brittren's The Young Person's Guide to the Orchestra, and in 2020 he was engaged for a performance of the operetta Die Fledermaus.
Information for December 2020