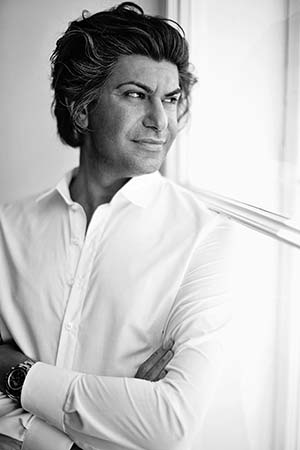 Nikolai Tsiskaridze was born in Tbilisi, Georgia. In 1984 he entered the Tbilisi Ballet School and in 1987 continued his studies at the Moscow Ballet School under prof. Pyotr Pestov. From 1992 to 2013 Mr. Tsiskaridze was a member of the Bolshoi Theatre ballet company (promoted soloist in 1995) where he worked with Galina Ulanova, Marina Semyonova, Nikolai Simachyov and Nikolai Fadeechyev. In 2005 – 2013 the dancer was a ballet master at the Bolshoi Theatre and led advanced training courses.

In 1996 he graduated from the Moscow Choreographic Institute (now Moscow State Academy of Choreography) as a ballet master. In 2014 he earned the Master of Law degree at Kutafin Moscow State Law University.

In 2013, he was appointed Acting Principal with the Vaganova Academy of Russian Ballet in Saint Petersburg, and in 2014 he was elected Principal by the Academy General Meeting. Within the Academy, he teaches at the Department of methods of teaching classical and duet dance and chairs of the Academic Council.

Since 2011 Nikolai Tsiskaridze has been a member of the Russian President´s Council for Culture and Arts.