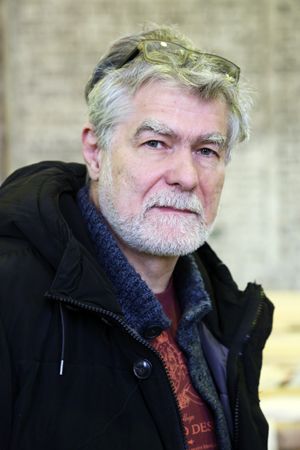 At the Bolshoi Theatre he worked as the production designer for the ballet Wash ’Em Clean (choreography by Yuri Smekalov, 2012).

At the Mariinsky Theatre he has been an assistant production designer for the reconstruction of the 1890 version of The Sleeping Beauty (mounted by choreographer Sergei Vikharev and designed by Andrei Voitenko, 1999), the ballets La Bayadère (1900 version) and Le Réveil de Flore (1894, mounted by Sergei Vikharev and designed by Mikhail Shishlyannikov, 2001 and 2007), and as an assistant designer and creator of masks he worked with Mihail Chemiakin on productions of the ballets The Nutcracker (2001) and The Magic Nut (2005). Designed ballets Orphée aux enfers (presented at the Creative Workshop of Young Choreographers during the Mariinsky ballet festival) and The Bronze Horseman (choreography by Yuri Smekalov, 2015 and 2016) .

Has worked abroad on several occasions at theatres in Paris, Toulouse, Hamburg, Frankfurt-am-Oder and New York.

Together with stage director Victor Kramer he has worked on numerous show productions.

From 1995–2000 he was a teacher and led the Interstudio theatre synthesis and animation course at the St Petersburg State Academy of Theatre Art.

Collaborates with the St Petersburg film studio Pandora Film and the Anna Akhmatova Museum at the Sheremetev Palace and has designed exhibitions in addition to exhibiting his own works. In 2012 to mark one century since the birth of Lev Gumilyov he designed the exhibition The Tagantsev Affair at the Lev Gumilyov Memorial Apartment and, at the Sheremetev Palace, he designed the exhibition-installation Please Don’t Touch the Manuscript... dedicated to Sergei Dovlatov.
Member of the Union of Artists of Russia.