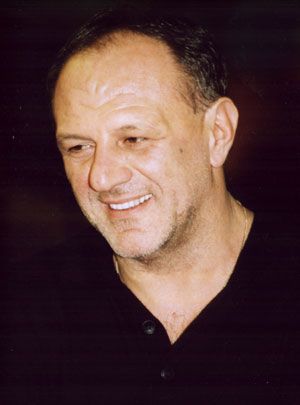 Set Designer
Graduated from Bologna´s Academy of Fine Arts and continued studies on courses run by La Scala in Milan. After graduating, started working with the Arena di Verona. After studying theatre set design worked as assistant to Ettore Rondelli.
From 1984 was head of the staging department of Parma´s Teatro Regio before working with other theatres in Italy and abroad. Has taught at the d´Arte Toschi Institute in Parma as well as running various courses in Italy and abroad.
Works as an art director in cinema. Worked on designs for five productions by director Luca Ronconi commissioned by the mayor of Turin for the Winter Olympics.