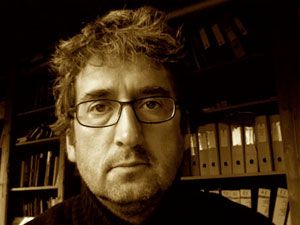 Production Designer, Set Designer
Parisian artist Jean Rabasse has worked in various different fields, creating sets for films and designing ballets, operas and circus productions.
As a set designer, Rabasse collaborated with Philippe Decouflé for many years. In 1992 he created the sets for the opening ceremony of the Olympic Games in Albertville.
In 1996 the designer was awarded a César in the category “Best Set Designs” for Marc Caro and Jean-Pierre Jeunet’s film La Cité des enfants perdus.
In 2001 Rabasse received a César award for his sets for the film Vatel and was nominated for an Oscar.
He has designed three shows for the Cirque du Soleil – Daniele Finzi Pasca’s production of Corteo which was nominated for an Emmy award in 2007 in the category “Best Production of a Stage, Musical or Documentary Programme,” Dominic Champagne’s production of The Beatles LOVE (in addition to the show, Rabasse also designed the theatre in Las Vegas where the show is regularly performed) and Philippe Decouflé’s production of IRIS (exclusively at the Kodak Theater in Los Angeles).
Rabasse’s first opera production was L’Amour de loin (2009, directed by Daniele Finzi Pasca, premiered at the English National Opera with subsequent performances in Antwerp, Ghent and Toronto). This was succeeded by Daniele Finzi Pasca’s production of Aida for the Mariinsky Theatre (2011).